What makes Ipe the best natural decking material in the world

Ipe, also called Brazilian Walnut, is one of the most highly regarded natural decking materials. As a completely natural product, it is an eco-friendly choice. Its strength, hardness, and beauty make it excellent for outdoor decking and siding applications. Ipe wood is resistant to rot, insect attack, mold, and marine borers – exceptional attributes that do not require toxic chemical treatments.

Ipe wood is naturally fire-resistant is rated A1 for its fire resistance. The wood has high wear durability and resists splinters and checks. It is not uncommon to see Ipe wood decks last 70+ years!

Tropical Forest Products sources Ipe wood from forests that have been legally demarcated for lumber. Our lumber is certified at source and during shipping by an independent third party. 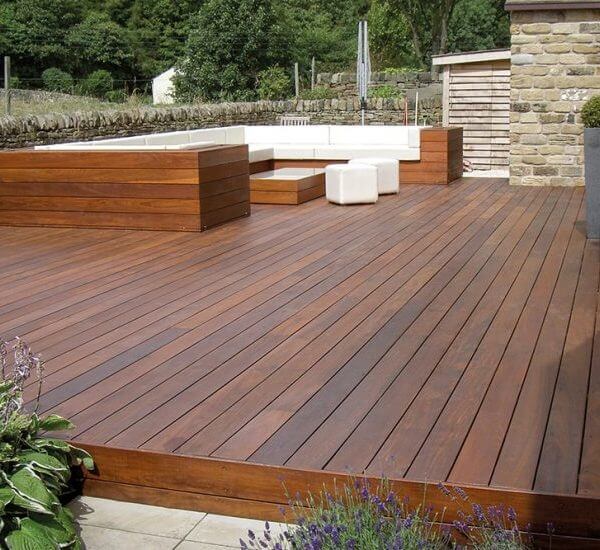 Ipe wood has a natural reddish-brown to dark brown color. The texture is fine to medium.

Ipe is found in the Central and South Americas, but most commonly in Brazil (hence its name).

Hardness: An Ipe deck is approximately three times stronger than teak and eight times harder than California Redwood, tested in accordance with ASTM-D143.

Expansion and Contraction: Approximately 5.9% radial, 7.2% tangential, and 12% volumetric. A 6” air-dried board will move an average of 1/16”. There is a small movement after milling as well.

Fire resistance: In Canada, Ipe decking board has passed the Intermittent Flame Test and The Spread of Flame Test for the CAN/ULC S107 equivalent of ANSI /UL 790 (Standard Methods of Fire Tests of Roof Coverings) and is rated Class A. This makes it suitable a rooftop finishing material in non-combustible building class buildings, putting it in the same class as steel. In the U.S., Ipe wood has been tested by the National Fire Protection Agency, which gave it the highest Flame spread classification: Up to Class A, Uniform Building Code, Class 1.

Durability and longevity: Untreated Ipe decking will last 40 years and more. If the deck is oiled or finished on all four sides prior to installation, it can last 70+ years. 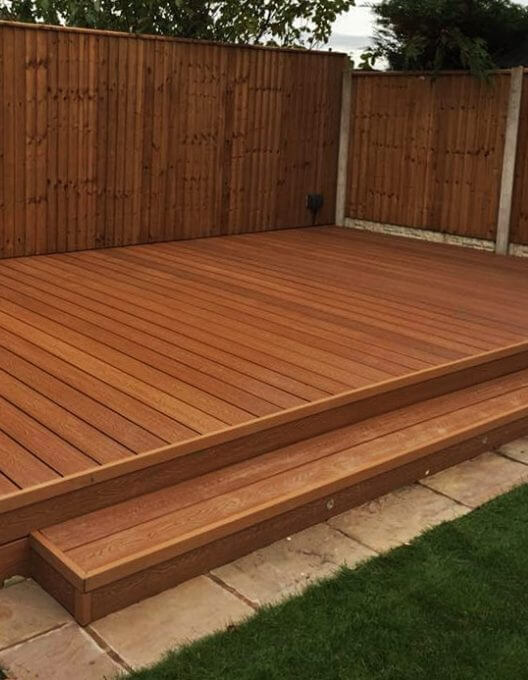